Let’s Play Some Fooooooootball!
Football season has finally begun for the pro’s, colleges and for many intramural leagues. While most serious injuries that can occur on the football field are easily indentified, hand injuries are often overlooked.
Did you know that 48% of football injuries involve fingers? Here are the most common football hand injuries that occur to football players:
Jammed finger(s): A jammed finger is really common. It’s when an injury occurs to the middle joint of your finger, usually caused by direct force on the tip of the finger. Hand tendons, ligaments, and bones may be injured with jammed fingers. Permanent deformity is almost certain if a jammed finger is not treated.
Mallet finger: Mallet finger tendon injury that prevents active straightening of the finger. This is a deformity of the finger caused when the tendon that straightens your finger (the extensor tendon) is damaged. When a ball or other object strikes the tip of the finger or thumb and forcibly bends it, the force tears the tendon that straightens the finger.
Jersey finger: A jersey finger refers to a disruption of the tendon that bends the fingertip down. It's named this way because it can occur in athletes who have gripped the jersey of an opposing football or rugby player who is trying to get away. This action can cause an abrupt extension in the finger on a clenched hand.
Hand Fracture: A fracture is a break of the bone of the hand; specifically called a Boxer's Fracture is a break near the knuckle. Symptoms include pain and a depressed knuckle. Usually, it occurs after a person hits an object with a closed fist. This can occur when the football helmet is smacked with a closed hand.
And, here is an interesting final fact:
Offensive and defensive linesman were most likely to sustain hand injuries. Injuries of the thumb and 1st metacarpal occurred in those playing defensive secondary positions. Finger injuries were sustained most often by wide receivers and secondary defensive players.
For treatment of hand injuries, call The Precision Hand Surgery Center at Ortho El Paso at 915-249-4000 or visit https://www.orthoep.com/hand-surgery-center 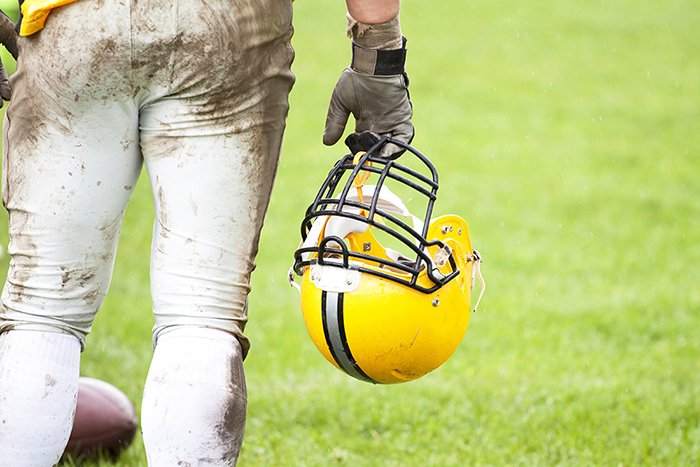