Brianna Decker, a three-time Olympic hockey player, broke her ankle against Finland Thursday, sidelining her for the rest of the games. NY Times calls it a “harsh blow” to the U.S. team’s quest for Gold.

Due to the hard-hitting, physical nature of the game of hockey, players put themselves at risk every time they play. However, typical hockey injuries don’t include broken ankles. They mostly include ACL strains/tears, broken collarbones, concussion, shoulder dislocations and muscle strains.

Broken ankles are less common injuries from hockey. Hockey skates are quite stiff and provide a good amount of support and stability for the ankle. Hockey players do sprain their ankles, but usually not in the same way that athletes in most other sports do. Hockey sprains are pretty mild and not that bad. But, Decker broke her ankle when Savolainen from Finland hooked her leg around Decker’s, and the two fell awkwardly to the ice. Savolainen landed on top of Decker, breaking her ankle.

While accidents like this cannot be “trained for”, there are ways to protect yourself from injury during hockey:

It is very important in hockey to get the right gear and know how to put it on and use it correctly. Skates and a helmet are a good start, but there's a lot more you'll need to wear:

The best way to avoid injury in hockey is to have protective gear, warm up properly, know your level of talent, follow the safety rules and play fair! Most hockey injuries are minor: bruises, muscle strains, ligament tears and cuts. Serious problems, like concussions, broken bones and spinal injuries, do occur in ice hockey, but they are usually the result of dangerous tactics and dirty play.

Learn more about the fate of Decker as a result of her injury here: 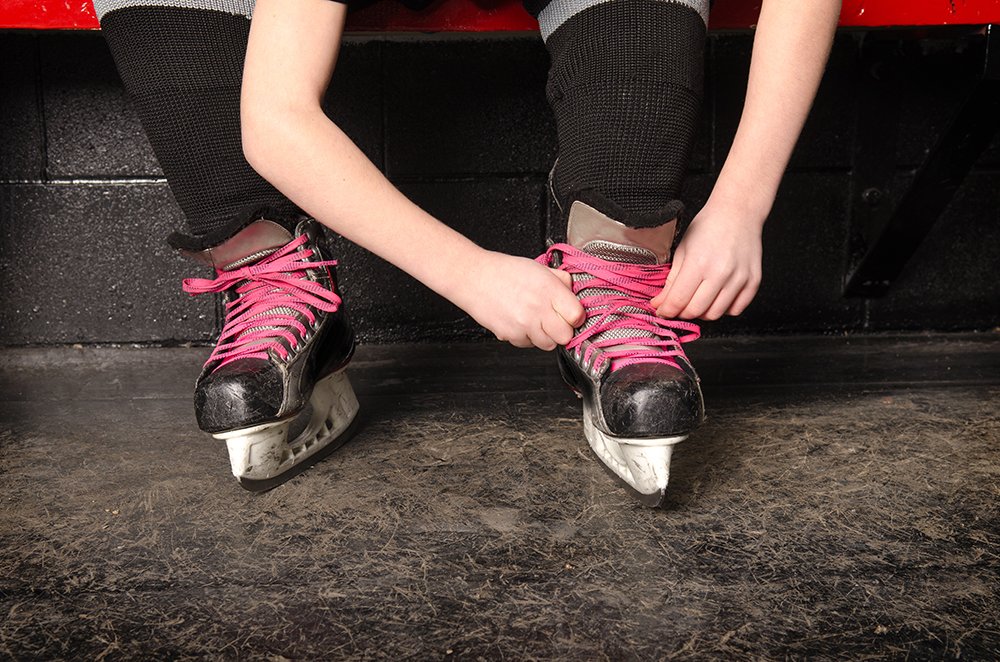